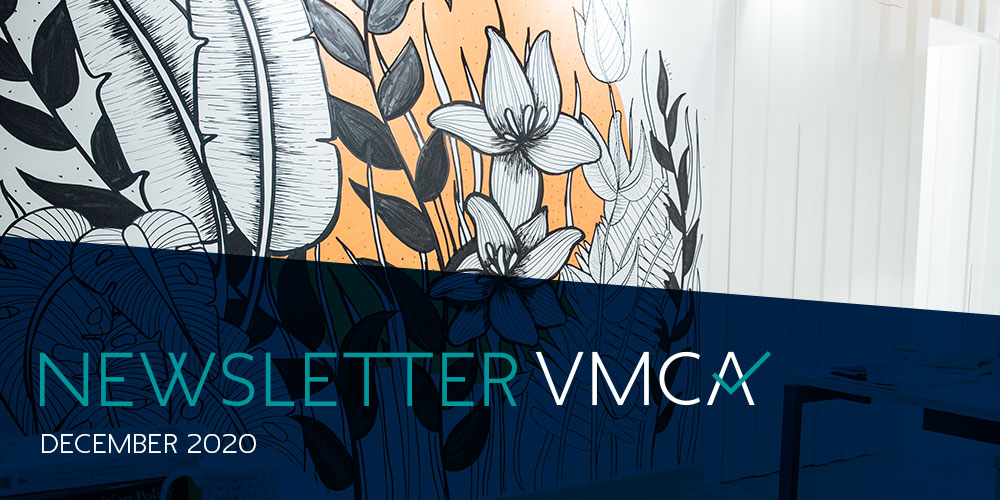 On October 26th, the Organization for Economic Cooperation and Development (OECD) published the document “OECD Reviews on Digital Transformation: Going Digital in Brazil”. The purpose of the document is to examine opportunities and challenges for digitalization in the country, outlining an analysis of the applicable legal framework and recommendations. The report focuses on several priorities: expanding connectivity, increasing confidence in the digital environment, and encouraging innovation and digital transformation, among others.
One of the key factors outlined as necessary for Brazil to go digital is enhancing access to high-quality telecommunication services at competitive prices. To do so, the OECD suggests the implementation of the recommendations listed in its document “Peer Review on Legislation and Competition Policy ― Brazil”, published in 2019. Also, the report, recommends fostering the Internet of Things (IoT) by abolishing fees and establishing a separate IoT numbering plan, as well as carefully designing the upcoming 5G auction to ensure competition in the market.
Another key area indicated by the report is data protection, focused on increasing consumer confidence in the digital economy. The first point highlighted is that Brazil must guarantee the independence of the National Data Protection Authority (ANPD), ensuring that it has resources and technical expertise to exercise its powers effectively and make decisions objectively, without any internal or external influence. Still, the OECD recognizes that the ANPD is strongly linked to the Executive branch, also given the Presidency’s competence to appoint the majority of the members of the National Council for the Protection of Personal Data and Privacy (CNPDP). In this sense, the OECD suggests that the structure of the ANPD and its link to the Presidency is reviewed when appropriate.
The work was carried out by the OECD Science, Technology and Innovation Committee at the invitation and financed by the Ministry of Science, Technology, and Innovations and the Ministry of Communications. Along with that document, another study “OECD Evaluation on Telecommunications and Broadcasting in Brazil 2020” was launched. During the document launching ceremony, the Chief of Staff of the Presidency, Walter Braga Netto highlighted that the studies are strategic, as they help Brazil in the search for alignment with OECD practices. In his speech, Braga Netto highlighted Brazil’s interest in joining the Organization, stating that some of the suggested advances have already been made ― such as the National Internet of Things Plan and the entry into force of the LGPD with the creation of the authority. In the coming years, it is worth monitoring how the OECD recommendations will be implemented.

During the trial session held on October 21, Reporting Commissioner Paula Farani voted for the closing of the administrative proceeding launched by the Brazilian antitrust authority (‘CADE’) to investigate the alleged cartel in public procurements held by municipalities of the state of São Paulo to hire school meals services (Administrative Proceeding No. 08012.010022/2008-16). Reporting Commissioner Paula Farani voted for the closing of the proceeding due to the impossibility of forming a firm conviction regarding the materiality of the conduct, given the lack of evidence.
The decision is contrary to the opinion issued by CADE’s General-Superintendence (‘SG’) in August 2017, which recommended the conviction of a part of the Defendants and understood that there is evidence of agreements between competitors intended to divide the market, fix prices and exchange commercially and competitively sensitive information. The same understanding had been supported in the opinions issued by the Attorney General’s Office associated with Cade (‘ProCade’) and the Federal Public Prosecutor’s Office (‘MPF’).
In summary, the set of evidence in the case files comprises documents obtained in dawn raids, analysis of the behavior of the bidding companies, and records of the control system from a private condominium’s main entrance, that would indicate the existence of meetings between competitors. After a careful analysis of the case files, the Reporting Commissioner, in the October trial session, understood that the set of evidence involved essentially indicia and that such signs would not amount to undoubtful evidence of the existence of a cartel. The Reporting Commissioner explained that there were elements in the case files able to contradict the narrative of the existence of anticompetitive agreements, as alternative interpretations could be given to the same facts.
The trial was postponed after Commissioner Luis Braido requested to further analyze the case. In any event, Reporting Commissioner Paula Farani’s vote represents an important signal of potential review of the standard of proof adopted by Cade, especially regarding the probative value of indirect evidence.

The event highlights how technological advances may favor coordination between competitors

Between October 5th and 9th, the Brazilian antitrust authority (CADE) promoted the Brazilian Anticartel Week, an event annually held to strengthen enforcement against cartels, considered the most harmful of all types of anticompetitive conduct to the economic order. With the participation of various national and international authorities and experts, the event aimed at expanding the collaboration between these agents with regards to best practices and new relevant topics for the promotion of competition.
In the virtual session that took place this year, researcher and professor Michal Gal from the University of Haifa (Israel) hosted the panel “Cartel through algorithms”. In the debate, Michal Gal highlighted that although, until recently, coordination between competitors considered exclusively the interaction between individuals, with technological advances, algorithms may also provide that interaction, intentionally or not.
The Organization for Economic Cooperation and Development (OECD) itself has recognized that this kind of tool may facilitate collusion. In that sense, Michal Gal points out that algorithms benefit all the necessary conditions for coordination to happen, which are the agreement itself, that begins using speedier and more sophisticated calculation, and the detection from deviation, since monitoring agents becomes more efficient, besides the fact that algorithms allow immediate reactions to deviations and make markets more transparent and information more accurate for the economic agents to use.
However, although there is consensus on the possibility that algorithms may facilitate coordination between competitors, the professor emphasized that the challenges for enforcement by competition authorities are significant because the use of algorithms by a company to analyze the market to perfect its performance is legit and cannot be overlooked.
In this respect, the biggest challenges for enforcement are the development of a toolbox for detection of the use of algorithms, especially those that act on its own oriented by a “maximize profits” goal, and the improvement of liability mechanisms for the accountability of economic agents, either those that benefit from the use of algorithms or those who design them to handicap competition. That way, as underlined by professor Michal Gal, it is extremely important that competition authorities keep expanding their knowledge on the theme and working towards the establishment of the proper tools to face the challenges that surface.

Panel discusses the distinction between buying groups and buyers’ cartels

Also within the context of the Brazilian Anticartel Week promoted by the Brazilian antitrust authority (CADE), professor Ignacio Herrera Anchustegui, from the University of Bergen (Norway), was invited to speak about the topic “Buying Groups and Buyers’ Cartels”. According to the professor, the distinction between these types of alliances, one legal and the other illegal, lies mostly in the content and context of the agreement.
As explained by the professor, buyers’ cartels fix purchasing prices and are a violation even absent substantive buyer power. That way, even if in principle buyers’ cartels mean lower prices, they also create inefficiency and change the way prices should be formed, if there was an environment of effective competition.
On the other hand, professor Herrera highlighted that buying alliances operate using bargaining power to obtain lower prices without withholding demand. That is, they are the opposite of buyers’ cartels because instead of reducing demand, buying alliances create a scenario where you buy more to get lower prices, with larger quality and innovation. Besides that, buying alliances do not coordinate to create problems on the downstream market and agents do not use the alliance to exchange sensitive information.
The professor also indicated that, in the European Union, there is limited case law on buyers’ cartels, which are generally analyzed under the rule of reason. In that way, the form of the agreement, the content of the agreement, and the way the alliance buys are the factors to be considered in the analysis of legality.
In Brazil, there are very few cases so far analyzing buyers’ cartels. However, the investigations that already took place involved markets that do not seem to be very different from those investigated in Europe or the United States, as highlighted by the professor. Therefore, studying this type of anticompetitive conduct through the lenses of comparative studies, by sharing experiences and best practices of investigation, is an interesting resource for the evolution of CADE’s enforcement against those illegal practices.