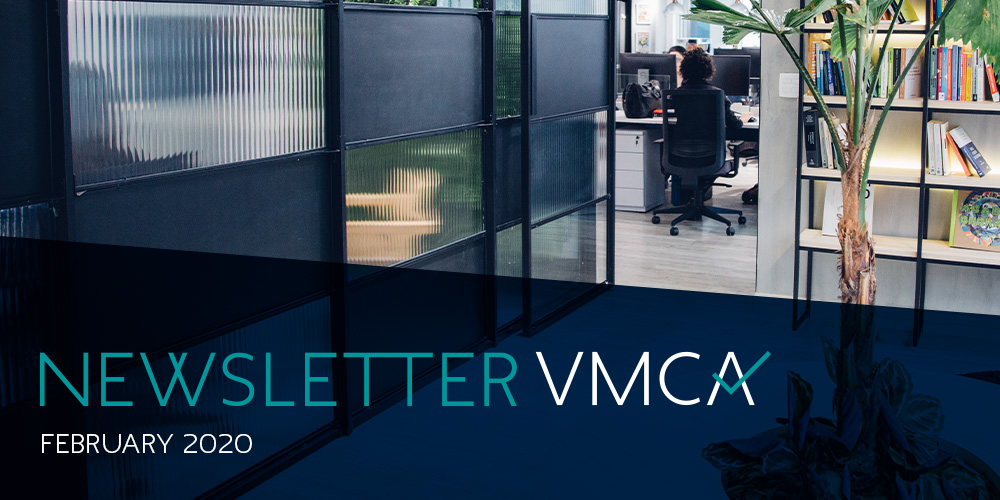 CADE’s Department of Economic Studies (DEE) released, in December, a working paper discussing the possibility of applying Moran’s I statistic to a public database of procurement auctions in order to screen potential collusive behaviors between competitors.
According to Working Paper No. 05/2019, entitled “Using the Moran’s I to Detect Bid Rigging in Brazilian Procurement Auctions”, the economic screen based on Moran’s I can show a positive and statistically significant autocorrelation between bids placed during sealed auctions. The study employs the Integrated Administration and General Services System (Comprasnet – SIASG) database, which retains information regarding purchases and contracts executed by the federal public administration, is public and of easy access by the authority.
The economic screen is tested in identifying correlation between bids by participants of an alleged bid-rigging cartel in the Brazilian market for implantable cardiac devices, currently under investigation by CADE’s General Superintendence (GS).
The proposal follows other projects structured by CADE to enhance screening methods in bid-rigging, such as GS’s intelligence unit’s “Cérebro” (i.e., “the Brain”). Initiatives as such aim at strengthening the authority’s investigation technique, rendering it less dependent on leniency applications and whistleblowers to detect cartels.
The Working Paper, however, suggests that, despite being of use to fortify CADE’s investigations, Morans’s I statistic requires the authority to have prior knowledge of the companies that potentially involved in the bid-rigging cartel: the screen can only be applied to assess the conduct of actors that were previously selected. As such, the economic screen does not suffice to bolster ex-officio investigations, rather it still relies on additional evidence (e.g., from leniency agreements or third-party complaints). Thus, we do not anticipate a major shift in the general functioning of investigations and administrative proceedings before CADE.

The National Secretariat of Consumers (Senacon) has intensified its action regarding consumers’ personal data protection. The agency of the Ministry of Justice and Public Safety has notified several companies due to their privacy and data protection policies. Such measures have already targeted Google and Facebook, as well as the apps Rappi, Tinder and Grindr and credit bureaus like Serasa and SPC. In Facebook’s case, Senacon has even issued a BRL 6.6 million fine as a result of Cambridge Analytica’s investigation.
These notifications were not based on the Brazilian Personal Data Protection Law (Lei Geral de Proteção de Dados – “LGPD”). After 2 years of vacatio legis, the LGPD will only enter into force in August 2020, although there is still the possibility of extension due to the draft bill No. 5,762/2019, which seeks to postpone the law’s entry into effect to 2022. The notifications and fines recently issued by Senacon were therefore based on broad interpretations of other laws, such as the Consumer Defense Code (Código de Defesa do Consumidor), the Positive Registry Law (Lei do Cadastro Positivo), the Brazilian Civil Rights Framework for the Internet (Marco Civil da Internet) and the Federal Constitution (Constituição Federal) itself.
Thus, there are clear signs of data protection’s growing importance and how this topic seems to be taking priority in the governmental agenda. In addition to Senacon, the Federal District and Territories Public Prosecutor’s Office (MPDFT) has recently launched a Public Civil Inquiry, also to investigate credit bureaus, and has shown increasing action on the data protection issue.
It is worth mentioning how these investigations and notifications by different authorities, such as Senacon and MPDFT, will develop with the LGPD’s entry into force and the start of activities of the National Data Protection Authority (ANPD). The application of other legislation, in addition to the LGPD itself, in cases of personal data protection attracts attention, especially because it may lead to conflicts of jurisdiction and, consequently, legal uncertainty. It is necessary, therefore, to carefully observe this process from the institutional organization standpoint, that is a sensitive point for companies which are in the process of adaptation to Brazil’s new data protection context.

In light of the discussions held by Cade in a number of antitrust procedures, the Securities and Exchange Commission (CVM) opened a public hearing in the end of December to discuss the possibility of multiple stock exchanges operating in Brazil. Cade’s proceedings may instigate debate over regulatory changes in different organizations, in order to ensure that competitors have access to certain information or necessary infrastructure to compete in such market.
Currently, the stock trading service is operated exclusively by B3, which concluded an arbitration proceeding with company ATS in late December, paving the way for the company to access its central depository and operate as a stock negotiation platform in the country.
Cade has investigated B3’s alleged anticompetitive practices in the past after ATS’ complaints. In 2016, ATS reported the stock exchange (BMVF at the time) before Cade for imposing practices which created barriers to entry in the market for variable income trading services. B3 celebrated a Cease and Desist Agreement with the antitrust authorities and committed to give access to operational tests in its platforms for potential financial agents interested in operating in Brazil.
CVM also secured initiatives in this sense to develop the financial system. The authority proposed a series of changes in normative instructions, such as: (i) listing of issuers and admission of securities to trading; suspension and exclusion of securities; large lot trading; free public information; and procedures related to the request for authorization to operate an organized market management entity; (ii) a new model of unified self-regulation, in which part of the activities arising from the duty of self-regulation by the entities managing the organized market and the entities operating infrastructure of the financial market will be exercised jointly, through a single self-regulatory entity; and unification of the loss compensation mechanism; (iii) criteria for measuring the best performance for retail investors; and changing disclosure obligations in the context of competition between trading environments.
The creation of new trading platforms arouses debates both from regulatory and competitive perspectives. Although it is not yet possible to predict whether the new measures will be sufficient to foster competition in this market, CVM’s proposals are innovative and represent an important advance in the debate on the opening of competition in the securities market, and also as a consequence of Cade’s analysis.

CADE’s Tribunal debates changing the limits for fines, which would be currently outdated for high-value transactions

In the context of an Administrative Proceeding to Investigate a Merger (APAC, in its Portuguese acronym), CADE’s Tribunal discussed the possibility of increasing the limits of gun jumping’s fines, set by Law No. 12,529/2011. As discussed in the judgement session of December 11 and in subsequent statements by CADE’s Commissioners, on one hand the legal limit on the fine would be outdated in the sense that it does not adequately assess global cases or large companies. On the other hand, these cases would be exceptional and, therefore, there would be no urgency for the normative change.
At the judgment session, CADE’s Tribunal closed an APAC agreement with IBM and Red Hat due to the premature closing of the global acquisition of Red Hat by IBM before the decision of the Brazilian antitrust authority. According to the agreement, companies will pay a fine of R$ 57 million for the practice, known internationally as gun-jumping. This is the highest fine for this breach ever applied by CADE.
The parties filed the transaction in Brazil in April 2019. Two months later, in June, SG recommended the approval without restrictions of the merger. Some days later, the Tribunal took over the case to deepen the analysis. However, on July 9, the parties formally communicated CADE about the global closing of the transaction. They informed that, in the light of the Tribunal’s paralysis due to the absence of a quorum since the beginning of July, the uncertainty regarding the deadline for the authority’s final decision, and also considering that the transaction was approved without restrictions in all other jurisdictions where it was notified, they had decided to close the global transaction, maintaining separate structures in Brazil (a procedure known as carve-out).
Despite the companies’ argument, after instruction by the reporting Commissioner Paula Farani, the Cade’s Tribunal reiterated its historical understanding that the maintenance of separate structures is not sufficient to fend off the characterization of the gun-jumping [1] infraction — fining the companies.
During the trial, reporting Commissioner Paula Farani criticized the low value set by the legislation and stated that, were it not for the legal cap, the fine computed according to the methodology of CADE Resolution No. 24/2019 could exceed the amount of R$ 1 billion. She also pointed out that “this case portrays that the legal limit may not be up-to-date, since it does not reflect major transactions, and it must be a case for CADE to take it to the Legislature”.
On the other hand, CADE’s President Alexandre Barreto declared to MLex [2] that the alteration of the legal ceiling for fines provided for in art. 88, Paragraph 3 of Law No. 12,529 should not be a priority for the competition authority, unless cases of gun jumping in global megamergers become more frequent. Barreto understands that the IBM-Red Hat case was exceptional and, therefore, there was no urgency for a legislative change.
Given these two positions, the analysis of CADE’s precedents reveals that in most cases of gun-jumping the estimated value of fines and monetary contributions is below the legal limit. The historic of gun jumping fines reveals that the second largest punishment recorded was R$ 30 million, in the also global transaction of Technicolor and Cisco System. In addition, it is observed that in most of the cases, the punishment was less than R$ 1 million, and in at least six other cases, the punishment ranged between R$ 1 million and R$ 3 million.

In November, the federal government issued the Provisional Measure (“PM”) that alters the Law No. 12,587/2012 and increases the roster of cities that must present an urban mobility plan. According to the PM No. 906, cities that are over 20 thousand inhabitants or part of a metropolitan region must present a plan to the Ministry of Regional Development that is compatible with its master plan until April 2021. The cities that fail to provide this urban mobility plan are susceptible to budgetary restrictions by the federal government in that area.
The original text of the PM has already received amendment proposes to increase obligations for transportation app companies. Amongst those, the proposal of the congressman Mauro Lopes (MDB party) suggests changes that would make drivers share data regarding its trips and impose an annual survey on vehicles to be held on car shops certified by a federal agency responsible for certification. Senator Acir Gurgacz (PDT party) also proposes altering the law in order to regulate electric scooter traffic.
The PM and its amendments may have several effects on the regulation of transportation in the cities, especially when considering the increasing expansion of tech companies in this field. These regulations have taken potentially negative effects already, to the point of affecting the continuity of some of those companies’ operations in Brazil due to the high costs and many responsibilities created for the entrepreneur.