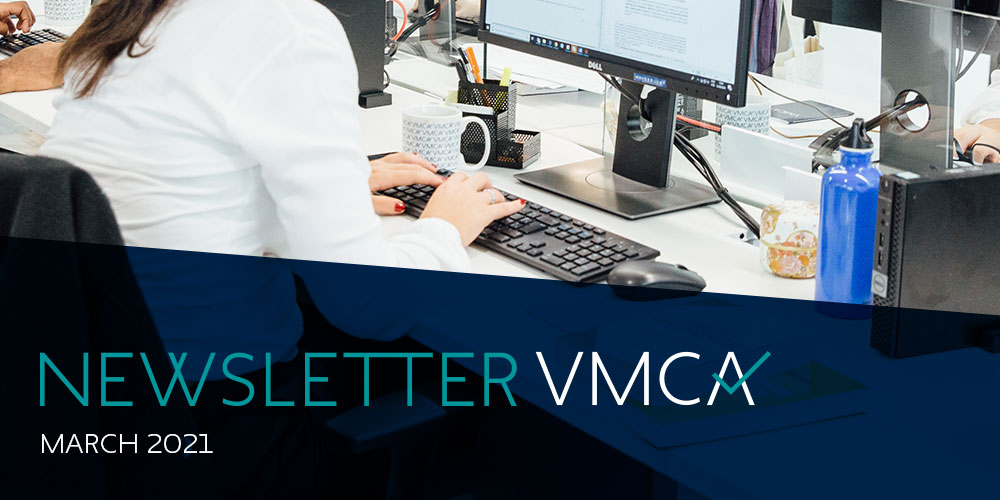 During the 188th Ordinary Trial Session held on November 4, 2020, Commissioner Sérgio Ravagnani presented a vote defending a new position regarding the sanctioning of individuals involved in cartel investigations and voted for the closing of the administrative proceeding concerning a non-manager employee of one of the investigated companies for participating in an alleged bid-rigging in the electronic components for telecommunications sector (Administrative Proceeding No. 08700.000066/2016-90). The judgment of the case at that time was postponed due to Commissioner Luiz Hoffmann’s request to further analyze the case. The judgment was then resumed in the trial session held on February 3, 2021.

In this opportunity, Commissioner Luiz Hoffmann dissented from the understanding of Commissioner Sérgio Ravagnani, arguing that the Brazilian Competition Law applies to all individuals, regardless of their positions and duties. According to the Commissioner, the law does not provide “elements capable of refuting the liability and sanctioning of non-manager individuals for anticompetitive practices”, given that article 37 of the Law only highlights different proposals for the dosimetry of the fines.

In the same line was the understanding of Federal Prosecutor Waldir Alves, representative of the Public Prosecutor’s Office at the Administrative Council for Economic Defense (“Cade”), as well as of Commissioners Maurício Bandeira Maia and Luis Braido and the President of Cade, Alexandre Barreto. All of them followed the vote handed down by Commissioner Hoffmann, in the sense that it is possible to sanction other company’s employees involved in anticompetitive practices, and not only the managers.

The judgment of the case raised a surprising debate about the possibility of not sanctioning non-manager individuals for anticompetitive practices, despite Cade’s well-established case law on the matter. In the end, by a majority, the past understanding was confirmed, but not without the adherence of some votes to the new understanding raised by Commissioner Sérgio Ravagnani, which would have significant potential consequences on the sanctioning of individuals in future and past cases.

In a trial session held on February 3, Reporting Commissioner Lenisa Prado opined, in an unprecedented vote in Cade’s case law, for the closing of Administrative Proceeding No. 08012.001183/2009-08, which investigates an alleged cartel between international air and maritime freight forwarders, in Brazil and abroad, with effects on the domestic market, alleging the nullity of the leniency agreement that originated the investigation.

The Commissioner’s vote was based on two central arguments. First, she pointed out that the agreement was entered into with the leading company of the cartel, and that the law in force at the time, Law No. 8884/1994, prohibited the conclusion of leniency agreements with companies that were at the head of the allegedly infringing conduct. For the Commissioner, contrary to the opinion of Cade’s General Superintendence (“SG”), there is no need for full proof of leadership, besides the fact that, in her opinion, it was possible to conclude from e-mails and other documents in the case file who was the company responsible for structuring the cartel.

The second argument, developed in more detail by the Reporting Commissioner, was based on allegations that employees of the leniency beneficiary had been coerced by both the company and the former Secretariat of Economic Law (“SDE”) into signing an agreement with charges they did not agree with. These allegations became known from a labor action filed by one of the beneficiaries of the agreement, which contains reports of alleged threats and prohibition of changes in content by the signatory employees, among other elements.

For the Reporting Commissioner, these facts point to a deficiency that distorts the purpose of the agreement entered into with the Administration, also pointing out that these revelations about the alleged coercion in the leniency agreement, in the criminal sphere, would be seen as unenforceability of different conduct. For this reason, she argues that all the evidence in the case files would be null and void, since all of it would have originated, even if indirectly, from the leniency agreement allegedly obtained under duress.

The Reporting Commissioner’s vote is contrary to the opinions of the Cade’s General Superintendence, the Attorney General’s Office associated with Cade (‘ProCade’), and the Federal Public Prosecutor’s Office (‘MPF’). Currently, the trial was postponed after Commissioner Maurício Bandeira Maia requested to further analyze the case and will still be subject to a vote by the other Commissioners.

The case may have relevant consequences for the numerous leniency agreements already signed and under negotiation at CADE, and consequently for the cartel investigations they originated. The underlying debate involves the role of legal entities and individuals in the agreements, their rights and obligations, incentives in the negotiations, opportunistic conduct, limits of the public power, and repercussions on the investigations.

Landmark for Startups in Brazil

Last month (February 24), the Brazilian Senate passed a bill, also known as the Landmark for Startups, that had been approved in December by the House of Representatives. The approval is an important step for the Brazilian startup market and will facilitate entrepreneurship and innovation in the country, as pointed out by the reports from congressmen Vinicius Poit and Carlos Portinho.

The final version of the bill approved by the Senate contains relevant definitions such as the legal prerequisites for startups, different forms of investment that a startup can benefit from, including new provisions regarding the role of “angel investors”, the possibility of creating experimental regulatory environments (also known as “regulatory sandbox”), and new modes of public procurement that will facilitate the relationship between startups and the federal and local governments.

These changes are not only beneficial for tech companies and consumers but the economy as a whole. One example of that is the regulatory sandbox initiative, which creates legal grounds for public administration to by-pass existing norms to develop innovative technologies and business models. The tool is not an innovation in the country: the Federal Reserve Bank had used it in creating new forms of payment. The Landmark for Startups, however, allows wider use of the instrument. It is possible to picture, for example, innovative companies using drones for doorstep (or window step) deliveries. In this sense, the opportunity for the development of new products, along with the upcoming investment in technologies is certain to benefit society as a whole.

The Landmark for Startups also benefits businesses that intend to sell and produce new technologies for the federal and local governments, which is certain to be positive to areas such as education, healthcare, mobility, and sustainability. The Landmark creates the Public Contract for Innovative Solution (PCIS), a new form of public procurement, directed towards projects that intend to address public needs through innovative and technological solutions. In this new form of procurement, instead of describing exactly the services that are being hired, the government may hire stating the problems being faced and the solutions that are expected, as the best practices of innovation suggest. Another big advantage of this new legal figure is that, if the initial goals established in the PCIS are met, the public administration will be able to hire the same company to supply the same product or service for up to four years, without the need for new bidding.

With the changes made by the Senate, the bill has returned to the House of Representatives for a final vote. That is a general expectation that the Landmark for Startups will be approved by the end of this semester. In that case, the bill will pave the way for investments that favor the Brazilian economy and a more efficient state.

On February 10, the European Commission entered into a settlement agreement with Aspen Pharmacare Holdings Limited, in an investigation into alleged overpricing of cancer drugs, in which the company committed to reducing its prices by an average of 73% across Europe for 10 years, except in Italy.

The case is relevant because an analysis of excessive pricing poses many challenges to antitrust authorities, both because these institutions are not price regulators, but also because the law, jurisprudence, and doctrine are silent or fail to define what “a fair price” would be, to the point of questioning whether an autonomous conduct (not derived from a cartel, for example) of abusive pricing would even exist, or whether it would be within the competence of competition authorities to investigate such practices.

The agreement brought an innovation regarding the parameter used to analyze the practice of excessive pricing. Over the years, the analysis developed by the European Commission to determine whether a price is excessive has generally been based on a 1978 judgment in the case against United Brands, which defined that prices are too high if they bear no reasonable relation to the economic value of the product.

This time, however, the Commission expanded this understanding and adopted as a parameter the difference between Aspen’s costs and revenues compared to those of other companies with a similar profile and size. By applying this methodology, the European Commission concluded that Aspen’s profitability proved to be approximately three times higher than that of other manufacturers and that the company did not present a legitimate justification for setting such high prices.

Critics of the decision point out that by entering the settlement agreement, the European Commission avoided the challenge of building a solid understanding of the issue that would be broadly applicable to the markets in Europe, and not just to the case at hand. Nonetheless, the Commission’s decision externalizes relevant understandings.

Such understandings will also certainly be criticized. This is because, from an economic and legal point of view, defining a price as excessive and illegal by weighing and comparing a company’s costs and revenues remains controversial.