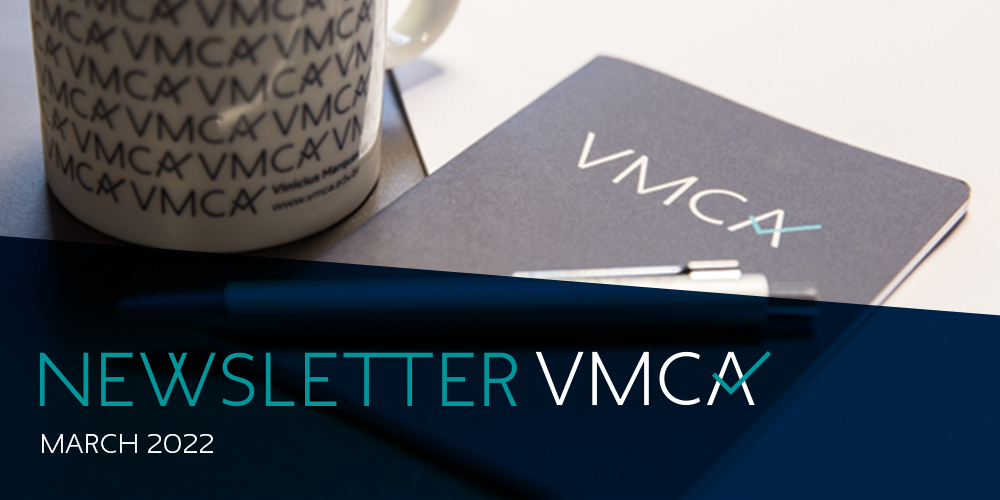 The Brazilian antitrust authority, CADE, prohibited corporate wellness platform Gympass from celebrating exclusivity contracts with its clients, considering such arrangements as potentially exclusionary by preventing new entrants to reach costumers. The complaint was filed by TotalPass, a competing platform, in April 2021. TotalPass argued that many gyms in Brazil are exclusively accredited to Gympass, which is effectively impeding competitors from entering the market.
In December 2021, CADE’s General Superintendence imposed an injunction against Gympass, prohibiting the platform from signing new exclusive contracts with gyms. Gympass has exclusivity clauses with all partner gyms and studios interested in offering their services through the platform. Throughout such contracts, Gympass holds over 80% of the Brazilian market. On the other side of platform, companies provide their employees with Gympass as a benefit.
According to the Superintendence’s decision, Gympass will no longer be able to control the amount charged by the gym outside the platform or enter new exclusive contracts, except for those that are already in the final stages of negotiation.
The Superintendence also stated that future contracts signed by the competitor with clients must have termination clauses, by means of simple written communication and at any time, at least 60 days in advance, without any fine. Moreover, Gympass shall void any contractual clauses with gyms that contain an obligation to price-parity, including any condition that limits the offer or sale, by partner gyms, of daily rates (e.g., daily passes to access gyms) at a price lower than that practiced by Gympass (most-favored-nation clauses). It should, therefore, also render any fines for non-compliance with such contractual requirements null and void, as well as refrain from including such clauses in future contracts.
TotalPass appealed against the superintendence’s decision, arguing that existing exclusivity contracts by Gympass should also be suspended. In February 2022, the CADE tribunal reviewed the decision and commissioners voted to apply stricter measures and suspend all of Gympass’s exclusivity clauses with existing clients.
The commissioners’ votes highlighted that exclusivity clauses are a type of vertical restraint and should only be admitted to preserve economic efficiencies, such as investments made by a player in exchange of exclusivity, which is a valid effort to prevent free riding. Despite Gympass’s arguments that exclusivity agreements with accredited gyms are crucial to its continuing investments, the commissioners considered that such conditions are not observed in practice.
The CADE’s decision in this case is expected to provide a signal to market agents regarding limits and conditions of exclusivity contracts in Brazil. In particular, it could also impact a similar discussion that is taking place in the food delivery market, where the dominant player iFood inserts exclusivity clauses in its agreements with bars and restaurants. This case has caught the media’s attention, especially after ride-sharing giant Uber decided to leave the food delivery market – a decision that is also attributed to the CADE’s continually timid approach to this matter.

In the trial session held on February 9, Reporting Commissioner Paula Farani voted to convict the companies Claro SA, Oi Móvel SA and Telefônica Brasil SA for the practice of coordinated conduct. The novelty is how this conduct was framed: the companies were accused of forming a consortium to participate in public bids promoted for the supply of telecommunications services, and for the practice of refusal to contract, refusal of access and discriminatory pricing in the same market (Administrative ProceedingN. 08700.011835/2015-02).
The highlight of the case involved precisely the discussion about the possibility of considering the consortium as the means of conforming an anticompetitive strategy. Naturally, combinations among companies in order to rig public or private bids is not new for any competition agency, but the case at hand does not possess any characteristic that puts it close to such investigations. In fact, there is no evidence whatsoever in the case files of collusion. In this regard, despite the fact that the Commissioner recognized that there is no legal prohibition against the establishment of a consortium and that this instrument enjoys a presumption of lawfulness, the Commissioner pointed out that this fact does not exempt consortia from having their effects analyzed, which can be potentially anticompetitive. In other words, the commissioner decided the facts should be analyzed under the rule of reason even though the establishment of consortia was allowed for by the authority that concieved the bid.
For the Reporting Commissioner, only two arguments could justify the pro-competitive nature of a consortium, namely: (i) the complementarity between the consortium companies, whether in terms of product or from a geographical point of view — if there is no complementarity, then the companies would not be allowed to form a consortium, (ii) or the inability to fully service the contract. In this sense, the Reporting Commissioner concluded that there were no economic justifications for the consortium because the evidence showed that the companies’ activities overlapped, instead of complementing each other, and that they could fulfill the object of the contract in alternative consortium formations, with other agents with less market power, which could be considered less restrictive to competition.
A second highlight of the Commissioner’s vote was the dosimetry criteria applied in the calculation of the fine. The Commissioner compared the conduct to a diffuse cartel, exclusively for dosimetry purposes, and adopted an estimate of the advantage gained by the cartel as the basis for the pecuniary sanction. As a result of this reasoning, which had already been stated by the Commissioner in previous votes, the fines imposed were very high, reaching BRL 395 million in the case of Claro.
The discussion was postponed after CADE’s President, Alexandre Cordeiro, requested to further analyze the case. If Commissioner Paula Farani’s vote is confirmed, this will be the first conviction of a consortium whose very existence was considered anticompetitive, without the conduct being linked to the formation of a cartel or other collusive conduct — which, as mentioned, has already been analyzed numerous times by the authority. This is an extremely important signal for public procurement agents, with the potential to discourage investments and participation in future public bids, since it generates high legal uncertainty for the administrator who took part in a consortium under the impression that it was protected by the law.

Global frontier of expansion of the electricity sector, Empresa de Pesquisa Energética (EPE) estimates installed capacity of 16GW by 2050 in the country

Federal Decree No. 10,946/2022 was published at the end of January, and it provides for the assignment of use of physical spaces for the generation of electricity in offshore projects — those located in inland waters under the Federal Government’s domain, in the territorial sea, in the exclusive economic zone or on the Brazilian continental shelf.
The Federal Decree is not limited to wind farms, but they are the main stakeholders in the publication of regulations. The market for offshore wind farms is just beginning to take shape in global terms, but it has high generation potential: IRENA (International Renewable Energy Agency) estimates 2,000GW of installed capacity worldwide by 2050 — for comparison purposes, the entire electric Brazilian power park generates around 180GW. The Federal Decree is the first step towards exploring the national market, with EPE estimating 16GW effectively installed in the country by 2050.
In operational terms, the Decree discusses how the prisms — the areas subject to the assignment — ​​can be obtained by those interested in their exploitation. At this point, there are two possible purposes for the assignment of use agreement: (i) the exploration of electric generation potential in the regime of independent production or self-production; and (ii) research and development activities related to electricity generation. For the generation of electric energy, the assignment must be onerous, being free for research activities. It is incumbent upon the Ministry of Mines and Energy (MME) to carry out the assignment contracts, and it is worth noting that the existence of this contract does not generate the right to operate the electricity generation service; it is still necessary to obtain a grant from the National Electric Energy Agency (Aneel).
As for the way to obtain the assignments, there are two procedures established by the Decree: the planned assignment and the independent assignment. In the first method, the MME determines in advance which prisms will be offered, which are submitted to a bidding process based on the judgment criterion being the highest economic return for the transfer of the prism. In the independent assignment, the prisms are assigned at the initiative of the interested party, who submits an application to the MME for this purpose.
The assignment of use depends on the declaration of nine government agencies or entities pointing out that the intended prisms do not interfere with other activities is considered a sensitive point. The number of agents that can veto the transfer of prisms is considerable, which can configure a bureaucratic obstacle to obtaining these transfers. Furthermore, it would be interesting to have a criterion to settle eventual conflicts in the issuance of these declarations, which does not consider the implementation of offshore projects as something residual — to be barred in the face of any interference — and which recognizes its economic and environmental importance.
Despite this obstacle, the Decree is right in bringing the essential clauses of the assignment contracts, as well as in providing that it will be applicable to requests in process when it enters into force, on June 15th. The Decree is also right to foresee the possibility of specific auctions, an important step towards the consolidation of the nascent offshore market.
Complementary rules will be edited by the MME until December 12, but the gap does not seem to be frightening investors: 36 licensing requests are already on Ibama (Brazilian Institute of Environment and Renewable Natural Resources). If even before the publication of the Decree the interest of the market was already palpable, everything suggests that its edition will be a favorable wind in the expansion of offshore wind projects.