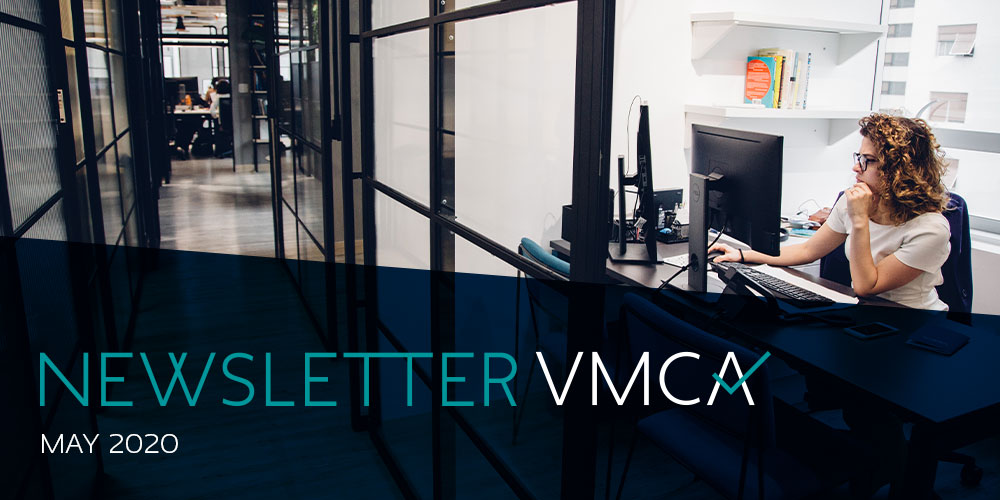 Contrary to previous case law, the new decision has considered that a company without a defined controller and without a shareholder detaining over 20% is not part of any economic group

In a recent decision of a case which was not qualified as a concentration act, the General-Superintendence of the Brazilian Administrative Council for Economic Defense (SG-Cade) signaled a significant change concerning the composition of economic groups for thresholds purposes. Consequently, such decisions might have effects concerning the overall criteria for mandatory notification of concentration acts under Cade’s jurisdiction.

Based on such scenario, the notifying parties defended that Ceres did not integrate any of its shareholders’ economic groups and, therefore, only Ceres’ revenues in Brazil would be considered for revenues threshold purposes defined by article 88 of the Brazilian Antitrust Law. Given that the company did not register any revenues last year, the notifying parties requested that the transaction should not be qualified by Cade, a request which was accepted by the General-Superintendence in its decision.

The potential new decision can be extremely relevant for companies with floating or diffuse capital structures that lack shareholding control.

The European Commission published on April 8th a “Temporary Framework for assessing antitrust issues related to business cooperation in response to situations of urgency stemming from the current COVID-19 outbreak“, that contains the authority’s positioning in regard to potential competitive sensibilities arising from business strategies following the struggles with the Covid-19 pandemic.

In the document, the authority recognizes the relevance of cooperative business strategies in tackling the global sanitary and financial crisis. Its main goal is to present general guidelines so that players can cooperate in compliance with antitrust norms.

The European Commission’s posture differs from the handling of the subject in Brazil up until now. Brazilian legislators have adopted, under Bill no. 1179, passed by the Senate (now under evaluation of the House of Representatives), the strategy of suspending the effectiveness of article 90, IV, of the Brazilian Competition Law and, thus, enabling companies to close any joint-venture, consortia and associative agreements without previous approval by CADE, but subjecting such agreements to post-closing assessment by the authority under still unclear standards.

Conversely, the European Commission provided previous guidance for companies to structure cooperative strategies, restricting the relaxation of certain antitrust norms to companies whose products or services are related to battling the pandemic (especially in the healthcare industry).

Most notably, the authority seems to be concerned in enabling cooperative initiatives directed at facing exceptional restrictions on the levels of supply and extraordinary levels of demand of essential products, through production, distribution and transportation strategies, among others.

Among the guidelines, the European authority presented standards on information sharing, indicating, for example, that players may share certain information directed at identifying fluctuations in the levels and capacity of supply, without engaging in the sharing of commercially sensitive information that exceeds such purpose.

The European Commission has also proposed a special procedure to follow the content of such cooperative strategies and indicated the possibility to offer companies an ad hoc “comfort letter” or similar, in order to provide players with guidance on their compliance with antitrust norms, which does not entail a broader exemption to antitrust laws.

It is possible that the Brazilian authority provides similar positioning, detailing its understanding on the acceptable standards of cooperation between players in the current times and the possibility and potential limits to exempt or relax the applicability of antitrust norms that would otherwise apply.

Measures involving the use of mobile data, such as contact tracing and location data, are multiplying, while the entry into force of data protection legislations was once again postponed

The outbreak of the coronavirus crisis has sparked debates about the impact of technologies to combat the disease on privacy. Data-driven containment measures multiply daily, especially the ones regarding the use of mobile location data to monitor levels of isolation and to limit the Covid-19 transmission.

There are two main types of technologies in place. The first one involves contact tracing applications, which maps and monitors the flow of individuals, allowing the identification and notification of those who were close to individuals who tested positive for the virus. Technologies of this type have been adopted in several Asian countries, such as South Korea, Taiwan, China and Singapore. If, at first glance, they may seem more intrusive from a privacy perspective, we should highlight multiple initiatives aimed at developing contact tracing technologies based on data protection principles. Two cases can be mentioned in particular. The European Commission launched the Pan-European Privacy-Preserving Proximity Tracing (PEPP-T), which recommends the adoption of a common strategy for the development of applications and mobile data collection in the context of the pandemic, guided by principles of data protection. At the same time, Google and Apple announced a solution that includes Application Program Interfaces (APIs) to assist contact tracing. The two proposals use the “exchange of keys” through Bluetooth, a measure that better copes with the principle of data minimization, which defines that the personal data processed must be restricted to that essential to achieve the purposes of processing.

Another initiative is the use of aggregated and anonymous mobile location data, collected by telecom companies. This technology allows the creation of heat maps and social isolation monitoring. This is the case of the Intelligent Monitoring System (SIMI-SP) of the Government of São Paulo, which was made possible through a cooperation agreement between the Government and telcos Vivo, Claro, Oi and Tim.

In Brazil, the discussion draws attention to the relevance of the data protection legislation, which sets guidelines especially important for data usage in the context of the pandemic. Unfortunately, with the crisis, we have witnessed an increase in pressures to postpone the entry into force of the Brazilian General Data Protection Act (LGPD). Such pressure argue, mostly, that private actors will not have enough resources to conform with the new legislation given the economic crisis caused by the disease. The LGPD was expected to come into force in August 2020. On April 29th, the Presidency issued an Interim Order that postpones the entering into force until May 2021. Also, in Congress, Bill No. 1,179/2020 discusses the extension of the entry into force of the General Data Protection Law (LGPD) for a period of 6 months, changing the date from August 2020 to January 2021. The scenario is appealing: with the pandemic, it is of central relevance to have a law in force. The LGPD sets a clear framework for personal data processing in both private and public sector — which is necessary given the proliferation of initiatives data processing activities aimed at containing the pandemic.

The bill extends compulsory licensing to patents already granted and under consideration, in national or international emergency situations

On April 2, a bill was presented in the Brazilian House of Representatives, modifying article 71 of the Industrial Property Law (law 9279/96) and changing the rules regarding compulsory licensing of patents. Bill No. 1462/2020 establishes that compulsory licensing for reasons of national emergency or public interest extend not only to patents already granted, but also to patent applications.

The most significant changes, however, would happen through the insertion of a new paragraph to the article, establishing the automatic compulsory licensing of patents in case of declaration of public health emergency of international importance by the World Health Organization (WHO), or of national importance by the Brazilian authorities. The automatic compulsory licensing would only cover patents related to technologies used to address the health crisis and would only last as long as the public health emergency persists. In addition, the holder of the compulsory licensed patent would be compensated, with a balance being sought between the constitutional rights to property and health.

In addition to this general rule, the bill also established a specific and explicit rule for the coronavirus. Article 3 of the bill grants compulsory license to all patents useful in combating the Covid-19 pandemic for the duration of the health emergency. Although it is not explicit, this specific provision for dealing with the present crisis is also subject to the new discipline suggested by the bill for compulsory licensing. The National Institute of Industrial Property (INPI) would be responsible for listing the patents and patent applications to be compulsorily licensed, with the holders of useful patents to face the pandemic being remunerated for its licensing.

Department of Economic Studies emphasizes the risks of product shortages

Cade’s Department of Economic Studies (DEE/Cade) has issued two technical notes assessing the competitive effects associated with Bills No. 881/2020 and No. 1008/2020, which proposed measures to regulate the prices of medicines and items essential to combat coronavirus during the pandemic period in Brazil.

Bill No. 881/2020, proposed by Senator Randolfe Rodrigues, establishes the freezing of drug prices during the state of public calamity. DEE/Cade points that, in the recent past, the antitrust agency has already prepared studies on the specific regulation of the drug market and highlights the risks associated with price freezing policies, such as, “non-isonomic” treatment, systemic inefficiencies short-term supply shortages and long-term price increases.

Similarly, Bill No. 1008/2020, proposed by Congressman Túlio Gadelha, establishes price-cap regulation for essential goods (e.g. medicines, hand sanitizers, face masks, and surgical gloves). Regarding this Bill, the DEE also pointed out negative effects resulting from price control. It highlights, for example, the risks of coordinated conducts, shortages in the market due to possible incompatibility between the costs increase and limitation in pricing, in addition to the possible drop in the quality of goods and their conditions of conservation.

DEE/Cade’s documents may be deemed as a technical position before the various national legislative initiatives that have emerged to address the problems generated by the unprecedented shock of supply and demand for hospital and hygiene products caused by the coronavirus pandemic.

One may conclude that, in line with its competition advocacy role, the DEE/Cade issued a qualified opinion on the risks related to an eventual inappropriate state intervention, which could aggravate the problems of scarce supply, and high prices. Finally, it should be noted that DEE/Cade’s view is aligned with recent statements of Alexandre Cordeiro (Cade’s General Superintendent) and Luciano Timm (National Consumer Secretariat). In a remote event[1], Cordeiro and Timm argued that the adoption of price control measures tend not to be the appropriate way of public intervention to deal with the coronavirus crisis.