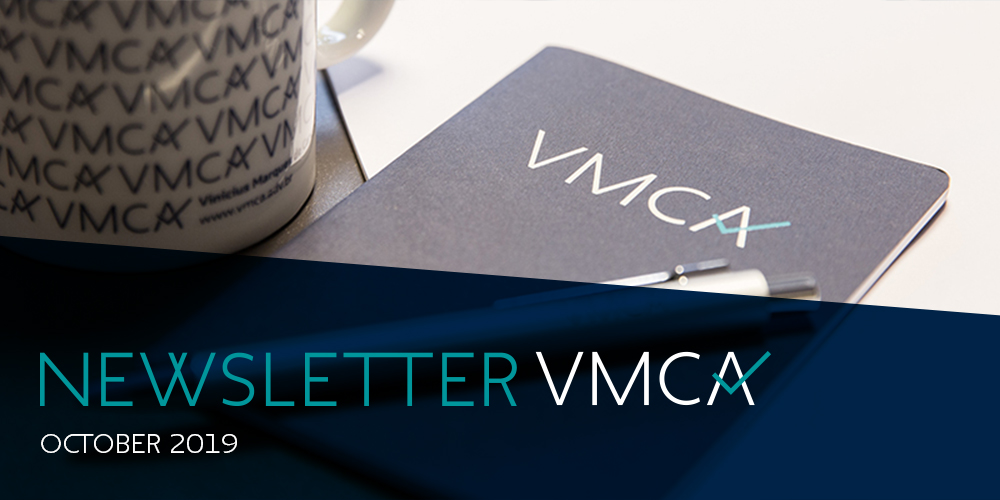 In this edition of our newsletter, we discuss the approval of the new CADE nominees by the Senate and the reinstation of the Tribunal’s minimum quorum; the clearance, by the antitrust authority, of the acquisition of Nextel by Claro without restrictions; the US authority determination to use arbitration in merger; and the changes to the General Telecommunications Law, approved by the Brazilian Senate.

In September, Lenisa Prado, Luiz Augusto Hoffmann and Sérgio Costa Ravagnani, as well as economist Luiz Henrique Bertolino Braido, were queried and approved by the Brazilian Senate Economic Affairs Committee (CAE) to fill the vacancies at CADE’s Tribunal. Since former Commissioner Paulo Burnier left office, last July, CADE suspended its process-related deadlines due to lack of quorum to convene trial sessions.
The hearings at the Senate met the expectations of the antitrust community, according to the general evaluation and profiles of the nominees — already presented in VMCA’s last newsletter. Ravagnani took office this week, restoring the minimum quorum of four Commissioners, and so the term of procedural deadlines was resumed from October 8th. In addition, the first Judgment Session has been scheduled for October 16, next Wednesday.
Also, last week, Walter Agra and Alexandre Cordeiro were queried and approved by the Senate to renew their terms, respectively, as Chief Attorney and General Superintendent. During the hearings, the two had to reinstate their commitments to watch over the free competition in Brazil. Since their positions are associated with investigatory proceedings, many Senators took the chance to question the nominees about potential anticompetitive conducts in certain sectors of the economy. For example, some Senators expressed their concerns about the market for airline tickets and whether its pricing strategies were legal. In reaction, Chief Attorney Walter Agra requested the opening of a probe to gather information and investigate the topic.

Cade clears the acquisition of Nextel by Claro without restrictions

On September 6, CADE’s General Superintendence (GS) approved Claro’s acquisition of Nextel without restrictions. Claro is one of the four major telecom companies in Brazil, whilst Nextel is a local telecom operator – with focus on Rio de Janeiro and São Paulo. The decision might still be reviewed by CADE’s Tribunal, following a request from one of the Commissioners or a potential appeal by competitors Oi, Vivo or Tim, which participated in the proceeding as interested third parties.
According to the GS, the operation affects the following relevant markets: mobile services providers, fixed-line providers, and telecom infrastructure. On the other hand, the Superintendence understood that the operation did not affect the market for internet service providers, since Nextel does not operate in this segment.
Each of the three markets affected by the operation was analyzed from a national perspective. In analyzing the likelihood of market foreclosure due to the vertical integration between the market for mobile services provider and telecom infrastructure, for example, the GS also reviewed the market concentration from a state dimension, in addition to the national one.
The highest concentration rates between Claro and Nextel were observed in the mobile service providers market in the states of Rio de Janeiro and São Paulo. Nevertheless, the GS understood that the operation did not create competition concerns, since there would be enough rivalry from Tim and Vivo to rule out any undue exercise of market power after an operation. In addition, the GS also highlighted the ease of number portability and telecom regulation as factors that mitigate possible competitive risks.

US authority determines use of arbitration in merger

The United States Department of Justice (DOJ) has taken an innovative stance in the merger between Novelis Inc. and Aleris Corporation, in agreeing with the companies that disputes related to the definition of the relevant market in the transaction will be held in an arbitration proceeding. The DOJ had filed a lawsuit to prevent Novelis from acquiring the control of Aleris on the grounds that the resulted company would hold 60% of the country’s aluminum plate production capacity.
This is the first time that the Antitrust Division of the US Department of Justice has relied on the Administrative Dispute Resolution Act of 1996, issued by the DOJ itself to intensify the use of alternative dispute resolution methods in its disputes. The speech of the Assistant District Attorney General, Makan Delrahim, highlighted the relevance of the strategy of using arbitration in the DOJ, signaling a possible trend for the agency to use the mechanism as an enforcement tool, especially when the object of the dispute is clear, identifiable and soluble by arbitration.
In the Brazilian experience, CADE has also praised arbitration proceedings. Since 2014, the authority has systematically inserted arbitration clauses in Merger Control Agreements (ACC). For example, in the merger between ALL and Rumo, the ACC provided the establishment of arbitration proceedings in cases where rail users felt discriminated in hiring rail services. CADE also inserted arbitration provisions in the ACCs celebrated in other mergers, such as the Bovespa/CETIP (2017) and AT&T/Time Warner (2017). Provisions related to arbitration have also been included by CADE in the Cease and Desist Agreement for cartel cases (TCC) firmed in the Car Wash operation, anticipating the possibility of bringing cartel remedy actions before an arbitral tribunal.
Despite the differences between the Brazilian Competition Defense System and the DOJ, the convergence in the use of arbitration for dispute resolution demonstrates that antitrust authorities have adopted new forms of enforcement with the aim of promoting competition and protecting consumers’ interests more quickly and effectively, reducing state costs.

In mid-September, the Brazilian Senate approved amendments to the national General Telecommunications Law (LGT), which updates the regulatory framework of the sector. The main change is the possibility for fixed-line providers to change their regulatory regimes from the concession regime to the authorization regime.
LGT has two regulatory regimes: a public (concessions) and a private one (authorization). Unlike the concession contract, which is a stricter model that requires bidding and cannot be broken unilaterally, the authorization (regime of mobile service providers) does not require public procurement and can be revoked at any time. In order to adapt to the authorization regime, the company must invest the economic value associated with the change in the implementation of high capacity data infrastructure.
The measure was celebrated by the National Telecommunications Agency (Anatel), which indicated that the act represented the overcoming of an anachronistic model. In addition, investments associated with the adaptation are expected to generate the universalization and massification of broadband internet access.
This change in the regulatory framework had been under discussion for at least three years and comes at a busy time in terms of sector regulation. Regarding pay TV, the Senate has been discussing a bill that ends the restriction on cross-ownership of the Pay TV Law (SeAC), which is exactly the subject of Anatel’s ongoing trial of the AT&T/Time Warner case. The agency has also been committed to introducing 5G and regulating the Internet of Things (IoT) in Brazil.