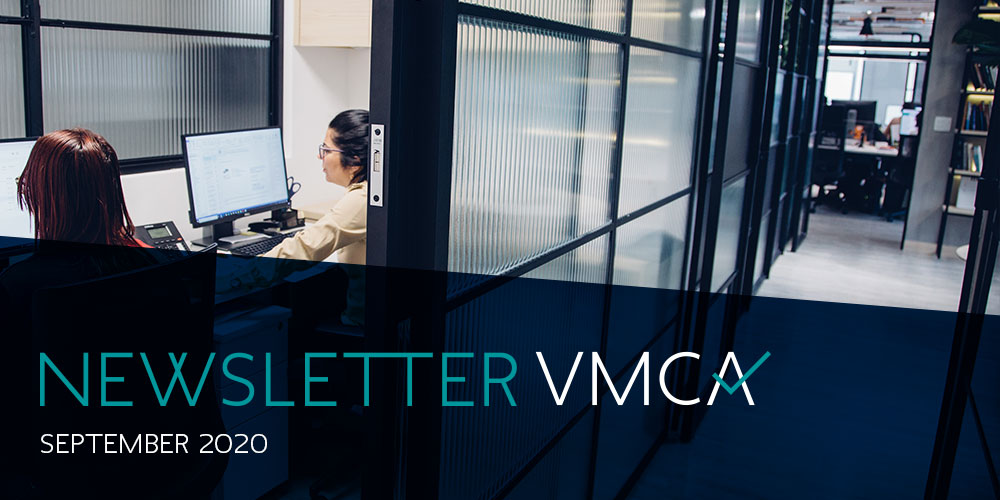 The Brazilian General Data Protection Law will soon be in force

The General Data Protection Law (LGPD), after successive attempts to postpone its entry into force – notably through Bill no. 1179/2020 and Provisional Measure 959/2020 — will soon be in effect. Provisional Measure 959/2020 (MP 959/2020) was finally approved by the Brazilian National Congress, on the final day of its validity, in the form of Conversion Bill 34/2020, but without the article that postponed LGPD’s entry into force.
After a procedural issue was raised, Senate’s President Davi Alcolumbre withdrew the article that postponed the LGPD from the text before it was put to vote. According to Alcolumbre, the Senate had already evaluated LGPD’s postponement when it voted bill no. 1.179/2020. As such postponement had been rejected at that time, it would not be appropriate for the Senate to evaluate the matter once again.
As such, the LGPD should take effect immediately after the presidential sanction or veto of Conversion Bill 34/2020 (which should occur in September). However, it is not clear whether, after that moment, the LGPD will take effect on the date of the sanction/veto or whether it will take effect retroactively, as of August 16 (the date on which the law would originally take effect). It is also worth noting that, despite this, there has not been any new change to the entry into force of LGPD administrative sanctions, which will take effect on August 1, 2021.
In addition, the day after the Senate approved MP 959/2020 without the postponement of LGPD, the decree creating the National Data Protection Authority (ANPD) was finally published. Due to the 2 years delay in creating the authority, the delegation of ANPD’s competences to existing bodies, such as the Administrative Council for Economic Defense (Cade) and the National Telecommunications Agency (Anatel) was considered, but finally rejected. Composed by a Board of Directors with 5 members and a National Council with 23 members, the ANPD is in charge of regulating the LGPD, elaborating guidelines for the National Data Protection Plan, supervising compliance with the law and, from August 2021, applying sanctions, among other essential attributions for the operation of the public data protection policy.
Thus, although the retroactivity of the LGPD is still in doubt, the vote on Provisional Measure 959/2020 and the creation of ANPD are milestones in ensuring effective regulation of personal data protection in Brazil.

On August 13, CADE’s Department of Economic Studies (DEE) released the working document “Competition in digital markets: a review of specialized reports”. The study does not express CADE’s opinion but aims to bring together the analyses from other antitrust authorities and international research centers on the subject. CADE aims at improving the authority’s internal policy and ensuring technical updates for its performance in competition policy. The study relies mainly on three reports prepared, respectively, by the Stigler Center, the European Commission and the UK competition authority. Based on them, the DEE summarizes aspects related to the functioning of digital markets, the main benefits generated by the digital economy, the potential problems related to it and how to face them.
One of the topics addressed in the document is the relevance of data in digital markets. According to the report, there is a common recognition that data is important for the performance of digital platforms: more personal data, such as search history and interactions on the platform, allow greater customization of services and products — which makes them more attractive. However, there is no consensus on whether personal data can be strictly considered a competitive advantage — some of the reports analyzed pointed out the characteristic that information would be a common good and easily shared.
In addition, the report discusses the solutions that have been discussed for market distortions identified in the digital ecosystem, such as: the relaxation or not of the consumer welfare standard, greater use of precautionary measures to promote competition, changes in evidence and intervention standards based on potential competition, the obligation of non-discrimination/fair treatment, data portability and interoperability, new thresholds for merger notification, as well as the possibility of creating a new regulator. With regard to the last point, the reports from the Stigler Center and the Australian competition authority highlight that the objective would be to have a regulatory body specialized in competition in digital markets, capable of providing more agile responses and that would seek to better address, through competition, problems such as data protection or non-discriminatory treatment.
The publication demonstrates once again CADE’s effort to take part in the debates related to competition in digital markets and its relationship with the protection of personal data. A version of the report in English was made available. It is not the first initiative in this sense, given that the authority has already participated in the BRICS study on competition and the digital economy last year, in which it revisited its own jurisprudence on issues in these markets. The new study, in turn, seems to demonstrate an effort for an internal update, by gathering, in one place, prevailing perceptions around the world about competition in digital markets.

During the trial session held on August 26, CADE’s Tribunal decided, unanimously, that the anticompetitive conduct of exchanging competitively sensitive information was time-barred and could not be subject to the imposition of fines.
The case is relevant because the exchange of sensitive information is generally regarded by antitrust authorities as a means to stablish or maintain collusive behavior, especially cartel agreements. Most recently, however, authorities have been considering the possibility that such practice may entail an autonomous and independent infringement under competition law, illegal regardless of the existence of a tacit or explicit agreement between competitors.
CADE’s case law followed on the international tendency and there are cases currently under investigation by the Brazilian authority, commenced on the sole basis of allegations of the exchange of competitively sensitive information.
There remained, however, a gray zone on CADE’s case law because the majority of CADE’s decisions applied a statute of limitation of 12 years for the authority to prosecute cartel cases, which mirrored the provisions of the Brazilian penal code for the criminal prosecution of individuals involved in cartels.
Given the possibility of the conduct of exchanging competitively sensitive information be investigated as an autonomous conduct, independent of the existence of a cartel, CADE’s Tribunal decided, following the reasoning of Commissioner Sergio Ravagnani, that, absent elements and indicia indicating the existence of a tacit or express agreement between competitors, the conduct should not be trialed as a cartel.
As such, the Tribunal held that it shall be subject to the general statute of limitations of 5 years provided by the Brazilian administrative law and, in the particular case, that the case should be dismissed due to the expiration of the limitation period.